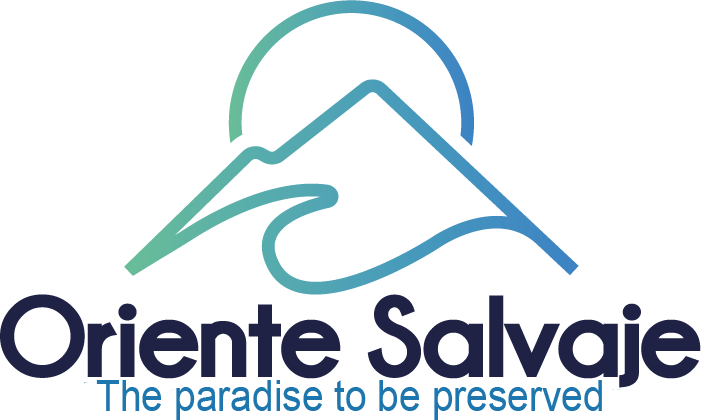 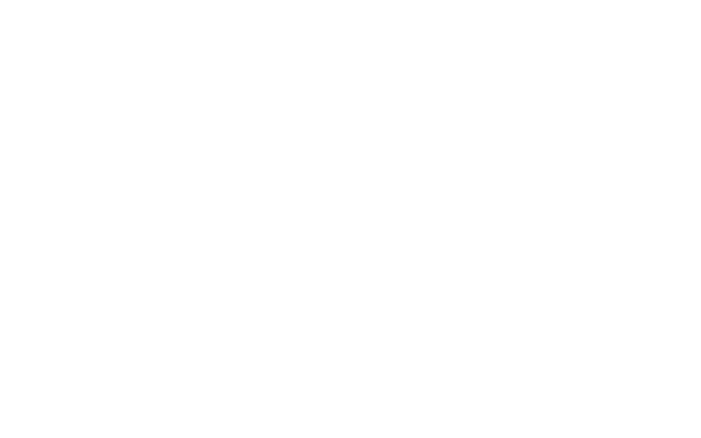 Connect with the Wild East

Connect with the Wild East

Your stay in the Wild East is beyond beautiful hotels and restaurants; it is a unique opportunity to observe and explore a beautiful habitat of exotic wildlife, pristine beaches, and rainforest reserves. Setting foot in the Wild East means engaging in a deep connection with mother earth and living the most impressive wildlife experience throughout El Salvador.

Join us to read the following lines to know and learn a little about the natural and cultural riches surrounding this paradise and the different environmental conservation projects that are being implemented in a shared vision between the communities, the private sector, and local governments to preserve the natural environment and promote sustainable development in this natural paradise.

This site represents a paramount ecological importance for El Salvador. Cataloged as the most extensive tropical dry coastal forest in the country and designated as a Key Biodiversity Area, it has an extension of 4,000 hectares of contiguous forest (of which 205 hectares are protected areas) and 3 kilometers of undeveloped coastline. It is a refuge for exotic birds and was home to the last red guaras that inhabited the country.

According to BirdLife International (2021), Jucuarán Hills is the only site in El Salvador that has documented the presence of both endemic species (in El Salvador) of EBA017 (“White-bellied Chachalaca” Ortalis leucogastra and “Blue-tailed Hummingbird” Amazilia cyanura). Furthermore, its extensive dry forests harbor a bird community characteristic of the “Pacific Arid Slope” (PAS) biome. 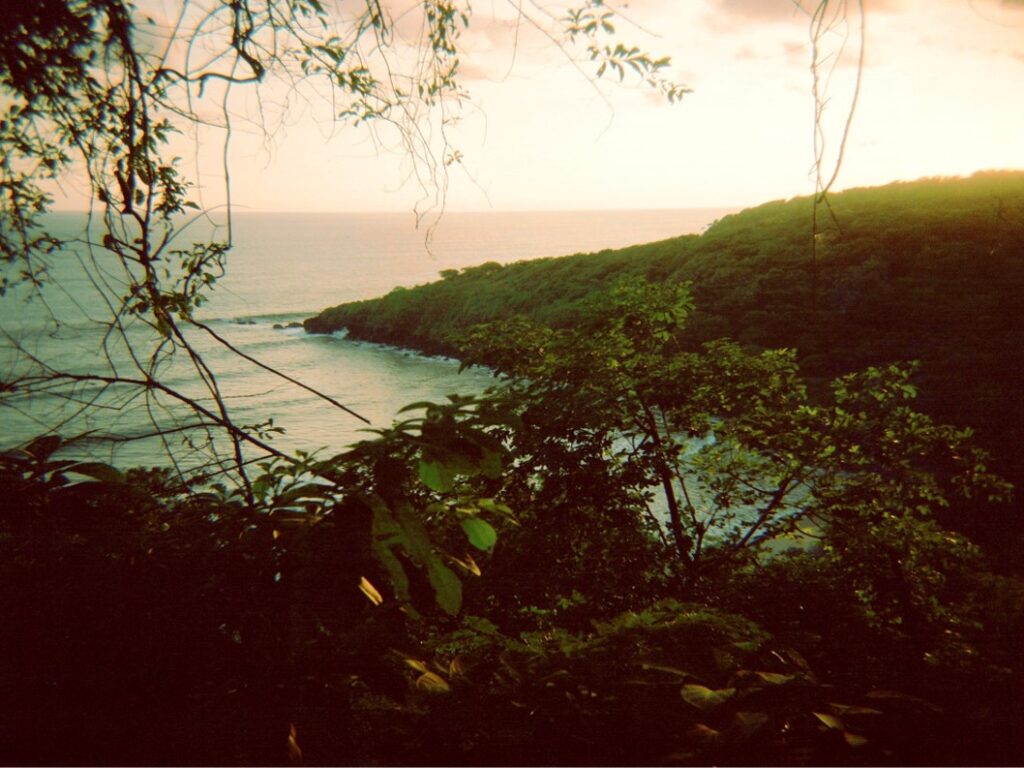 It is estimated that 391 vertebrate species inhabit the area, of which 72 are considered endangered in El Salvador. Considering the diversity of fish in the estuaries and coastal sea of Jucuarán, its marine vertebrate biodiversity would be the highest found in the country.

As for the marine ecosystem present, the stunning coastline between Agua Fria and La Jucuarana ranks first in the country for oyster production including two rocky reefs that shelter soft coral species. Moreover, this paradise is utilized as a corridor by migratory whales and dolphins, including an endangered subpopulation of humpbacks that offer a spectacle worthy of Mother Nature when they pass off the coast. 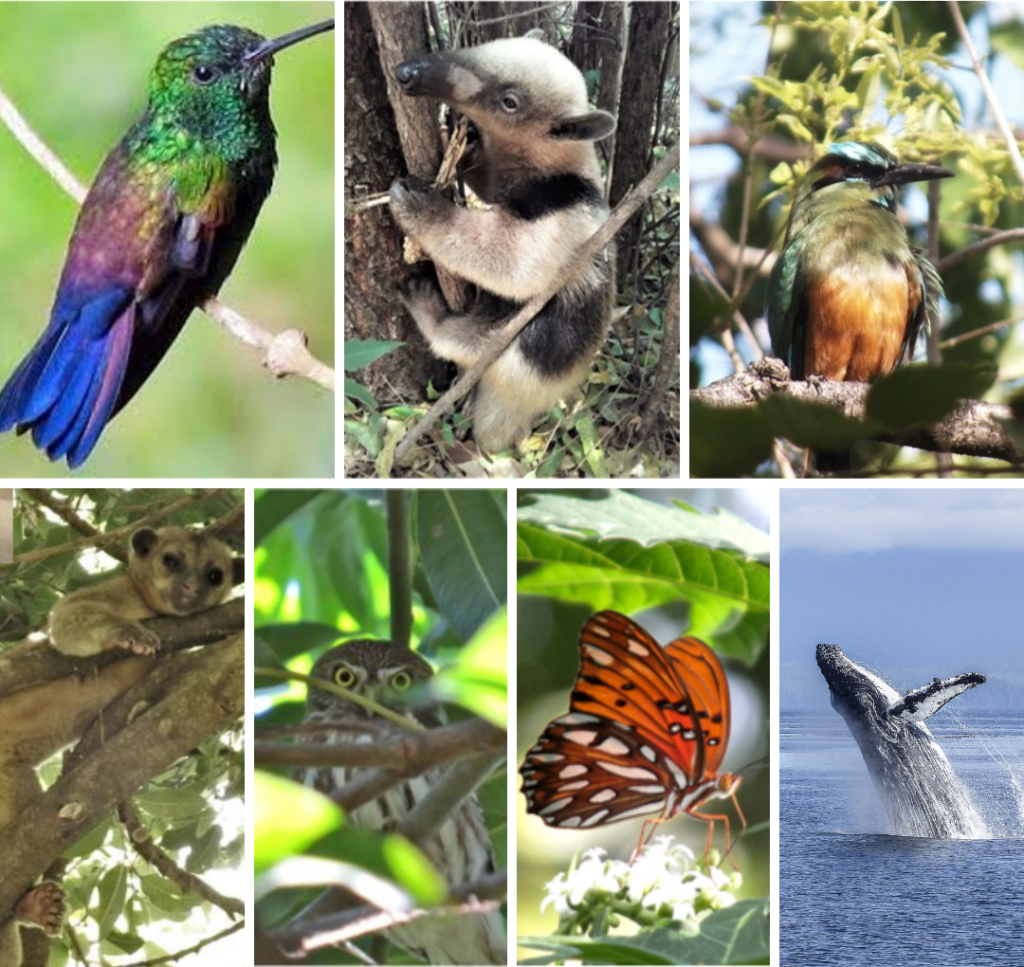 Among the emblematic species in danger of extinction that inhabit this area, we have: 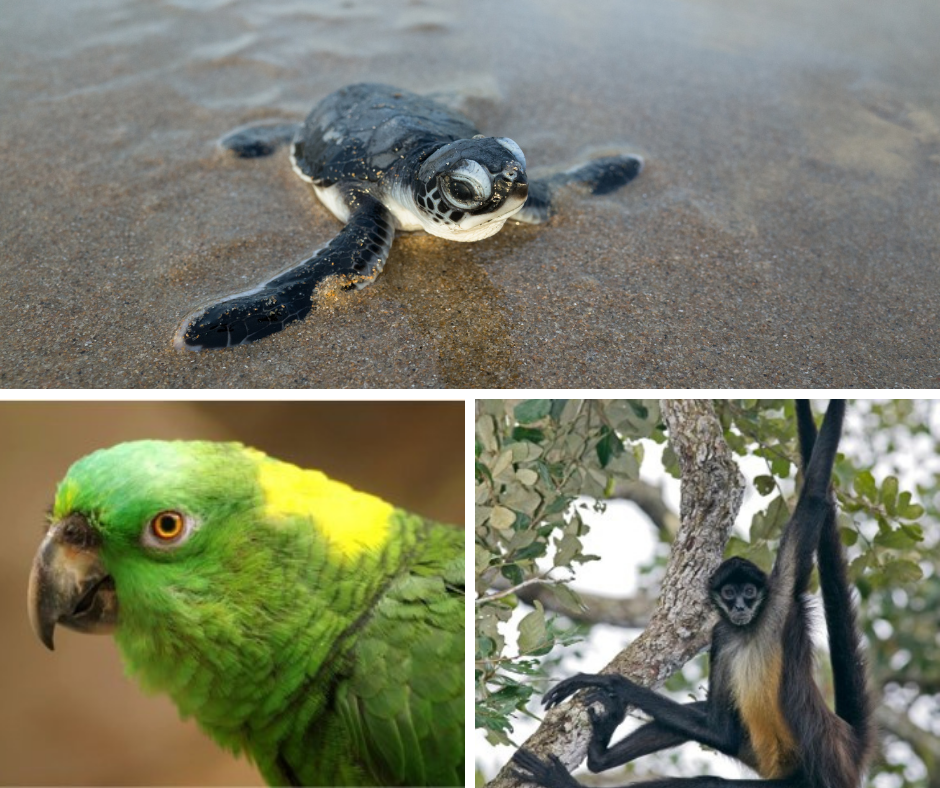 This impressive lagoon is a tropical paradise you must visit. Covering an area of 26.85 km², this is the largest body of fresh water in the country’s eastern region. On the beautiful lagoon’s shores by the Chiricana forest, along with the Lempita swamp, you can observe various types of wild aquatic birds, both local and migratory, such as beautiful white herons, pichiches, and pato chancho, as well as more than ten species of fish and two species of crustaceans.

Among the tourist attractions of this spectacular natural wonder, we can mention its five beautiful islands of great cultural and natural relevance known as Olomegona, Olomeguita, Los Chivos, Los Gatos, and Las Casitas, most of them inhabited by locals. On Olomegona Island, you will find millenary petroglyphs of Lenca origins; the most renowned is “La Piedra del Diablo” (The Devil’s Stone), named as such by the locals.

If you decide to visit this impressive lagoon, whether to fish, hike, learn more about its exuberant biodiversity, or take boat rides to explore its five small islands, you can be sure that it will be a unique experience. 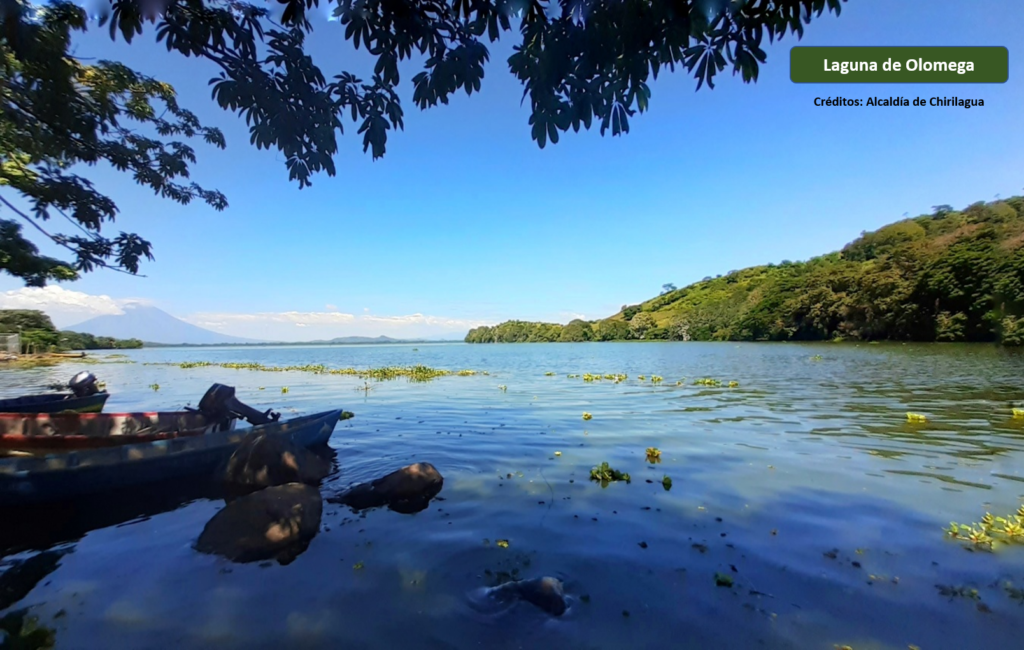 This fantastic natural asset is nestled in the Chilanguera Canton Municipality of Chirilagua within the “El Jocotal Natural Protected Area” and located in the Subtropical Rainforest Life Zone. During your visit to this beautiful body of water you will appreciate the presence of wonderful thermal springs of sulfur waters that are in constant activity along with a magnificent scenic beauty. 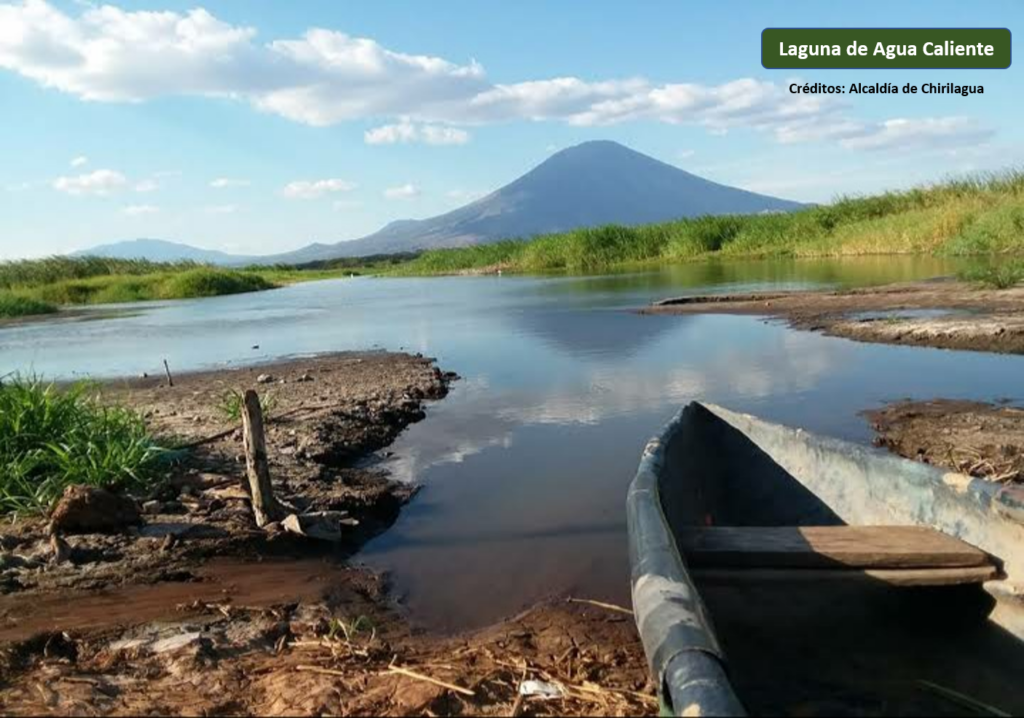 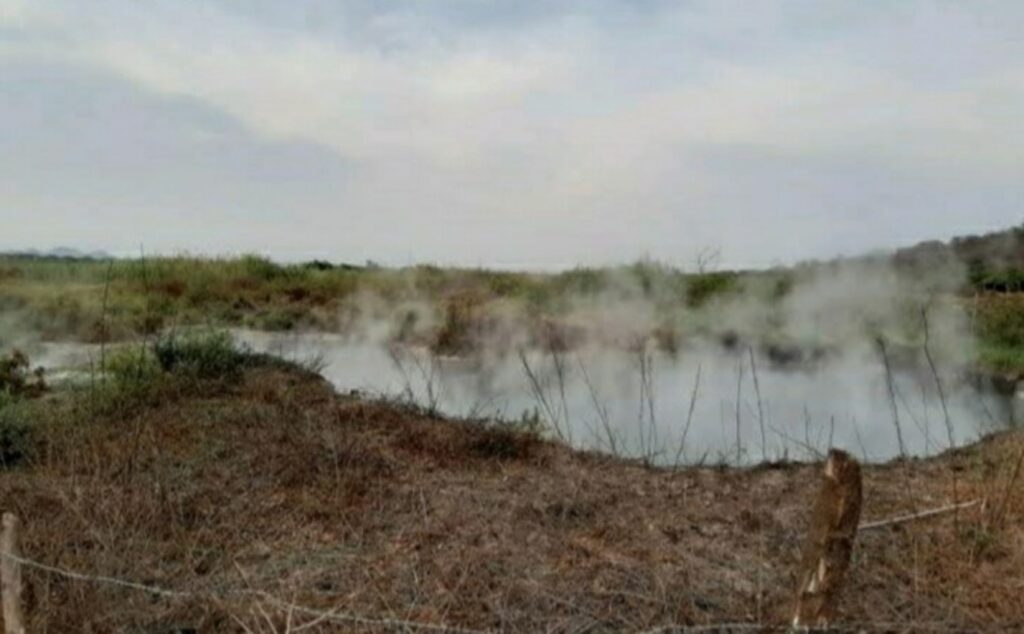 Venture into the oldest cave and one of the most mysterious tourist attractions in the municipality of Jucuarán. With a depth of 15 meters, this cave was the first to be discovered and possesses a fascinating history full of local legends.

According to the legend told by Jucuarán’s grandmothers, this cavern was home to a tiny elf who liked to frequent the rivers to watch young ladies bathe and then chase them day and night. Consequently, it is said that the only way for the young ladies to stop being followed by the elf was if he caught them doing their physiological needs. Another story told by the locals is that this cave was used as a refuge by women and children during the Spanish conquest and pirate invasions.

When visiting the cave, we recommend having some experience in walking on rustic trails of a certain degree of difficulty and wear appropriate shoes for hiking in rough trails, as well as comfortable clothing. Moreover, please note that this cave is a significant refuge for bats, so we suggest you not visit it if you have any phobia towards these fascinating animals. 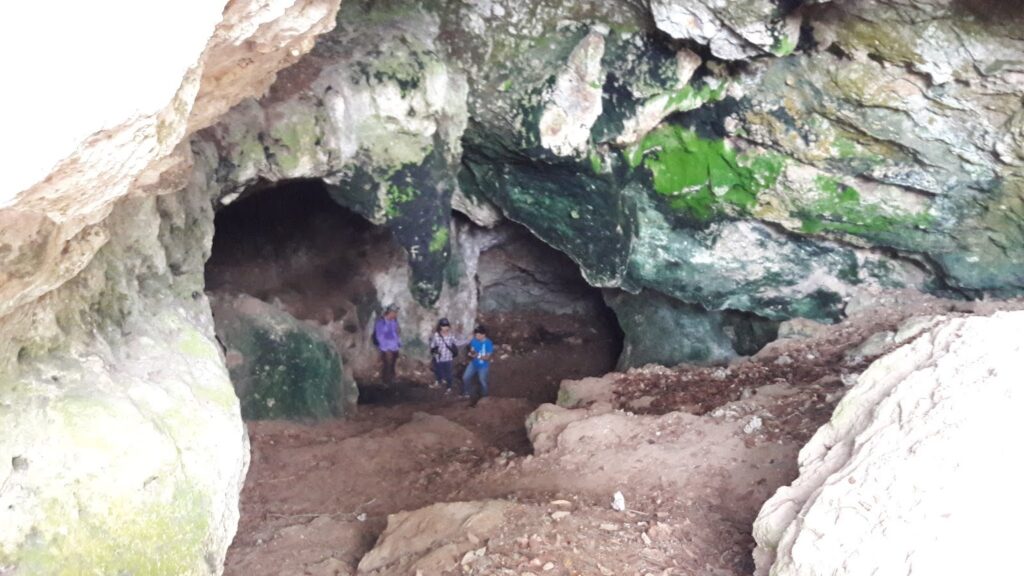 Located in the southern region of Jucuarán, this Natural Protected Area of more than 205.53 hectares is a natural wonder given its ecosystemic importance at the local (south of the municipality of Jucuarán), regional (Biosphere Reserve and Jiquilisco Bay Conservation Area), national (coastal-marine strip) and Mesoamerican (Mesoamerican biological corridor, dry Pacific ecoregion) levels.

As for its biodiversity, this reserve contains 395 flora species, including 145 trees, 132 herbs, 30 shrubs, 86 vines, and 2 rosetophytes, including 19 species found for the first time in El Salvador. Likewise, it is a refuge for 57 species of five taxonomic groups: birds, crustaceans, mammals, fish, and reptiles. Among these species, some are endangered.

Suppose you like to know new places, and you are a nature lover. In that case, this place is perfect for learning more about the area’s natural diversity and appreciating beautiful views of the imposing Chaparrastique volcano and existing lagoons in the area, as well as observing different species of migratory and local birds.

The Chilanguera Forest, better known as Bosque Chilanguera Natural Area, is located in the department of San Miguel within the Chilanguera canton of the municipality of Chirilagua, almost three hours from the city of San Salvador. This ecological reserve has 375 hectares. Seven years ago, the CASSA group and the Ministry of Environment and Natural Resources (MARN) initiated a vital project to replant this forest and promote sustainable development for the sugar industry in the region.

A few years ago, this forest reserve was severely devastated by environmental predators who only wanted to hunt wild animals and generating indiscriminate logging and forest fires. However, thanks to the noble and constant work of CASSA Group, 73,500 trees have been planted since 2015 favoring the forest’s conservation and reforestation.

Undoubtedly, these projects and the determination of the CASSA group and the MARN have been vital to reducing the environmental impact and climate change. Neighboring communities have joined this activity to care for the natural area of Bosque Chilanguera, which is also a primary function of responsibility and contribution to environmental protection. 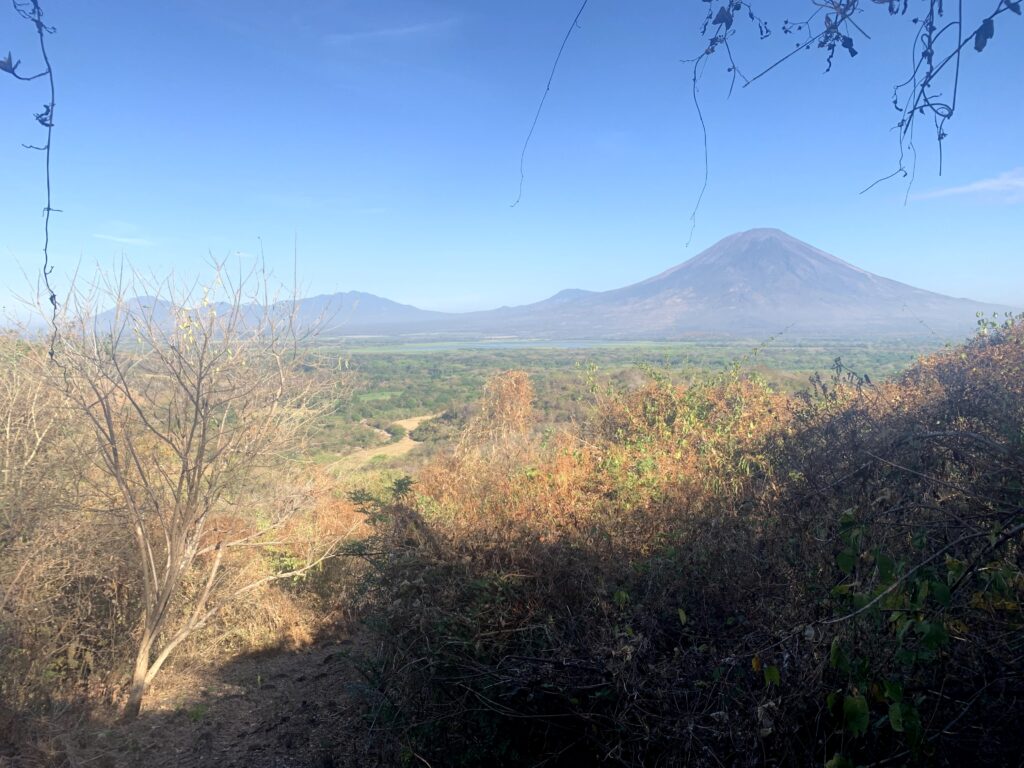 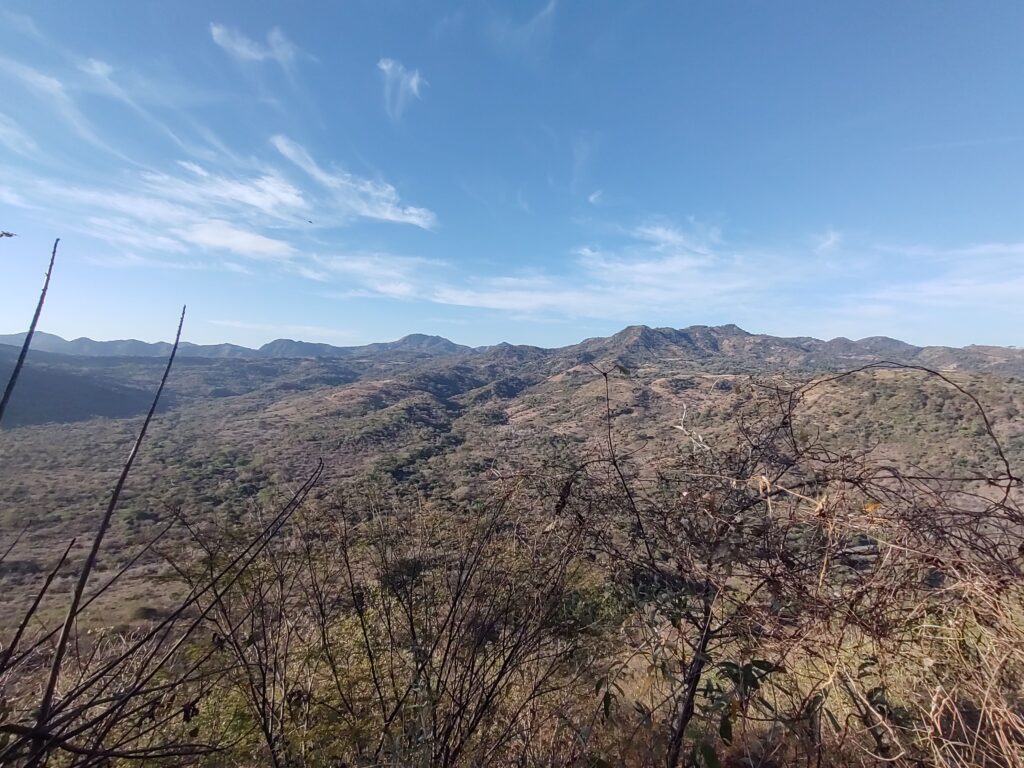 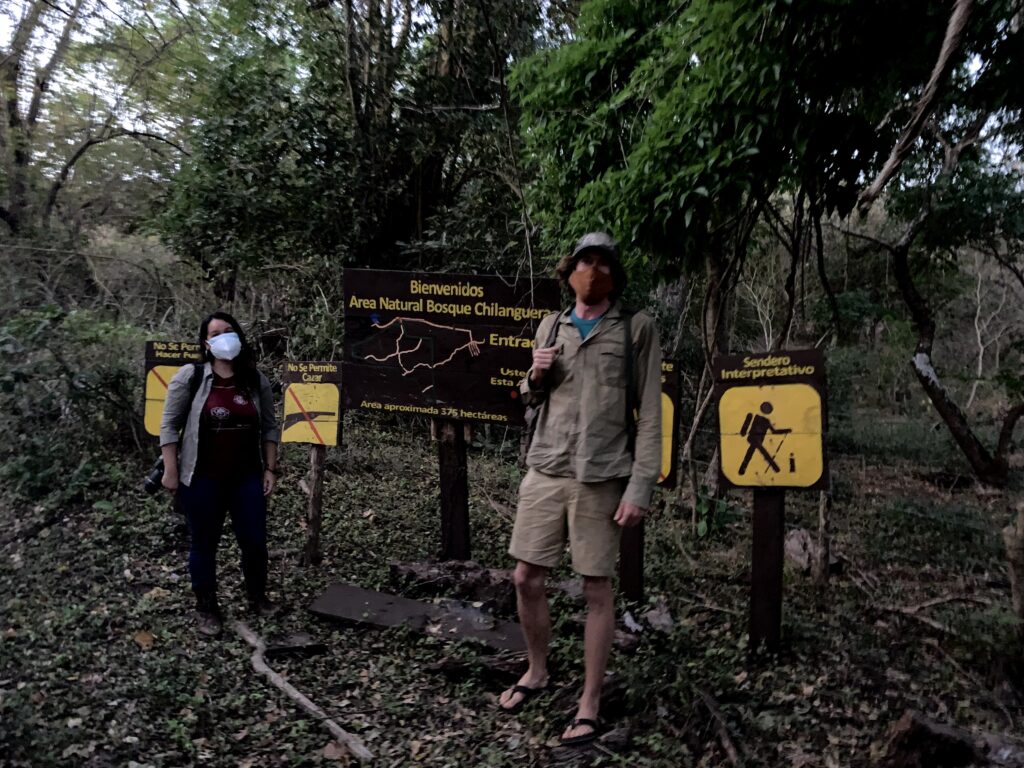 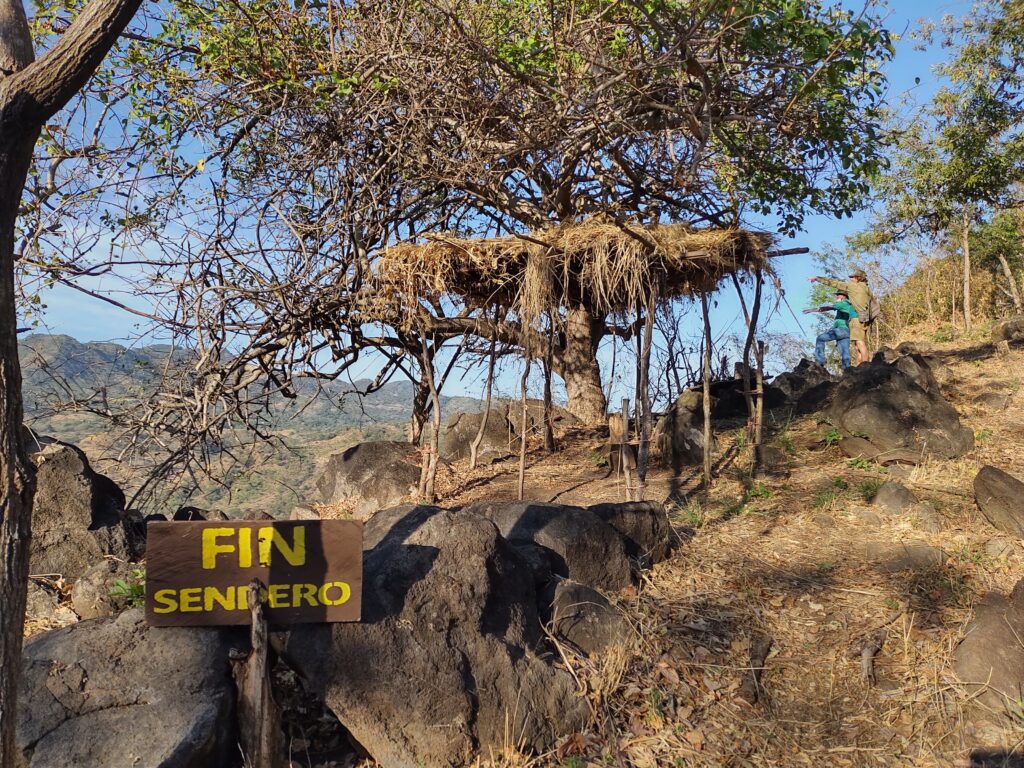 Located in La Ventana beach, this spectacular volcanic rock formation simulates an impressive window through which the mythical waves of this beach breaks. Surrounded by a beautiful landscape, this fantastic natural attraction has a cave at the base that can be visited at low tide, either to bathe or take memorable pictures. 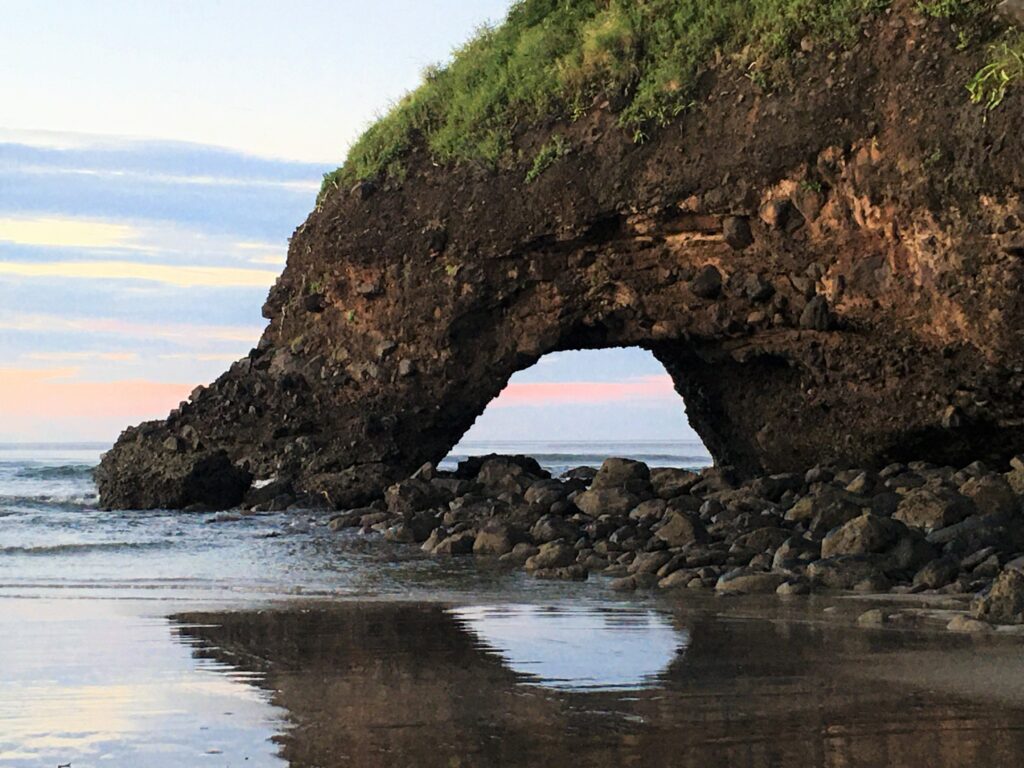 Both located on the road heading to Punta Mango beach, these viewpoints are the perfect excuse to stop and capture stunning photographs of the entire coastline and lush vegetation that clothes the Oriente Salvaje.

Access to these viewpoints is free, and they are a great place to share a beautiful moment with your family during your trip on the road while appreciating incredible breathtaking ocean views. 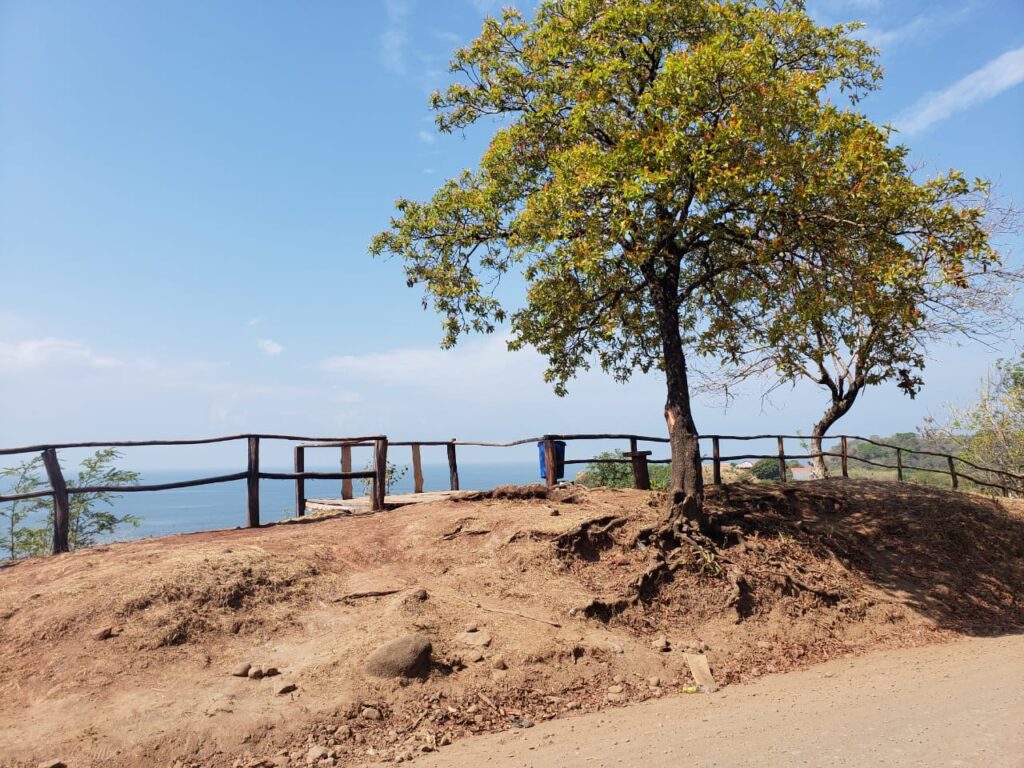 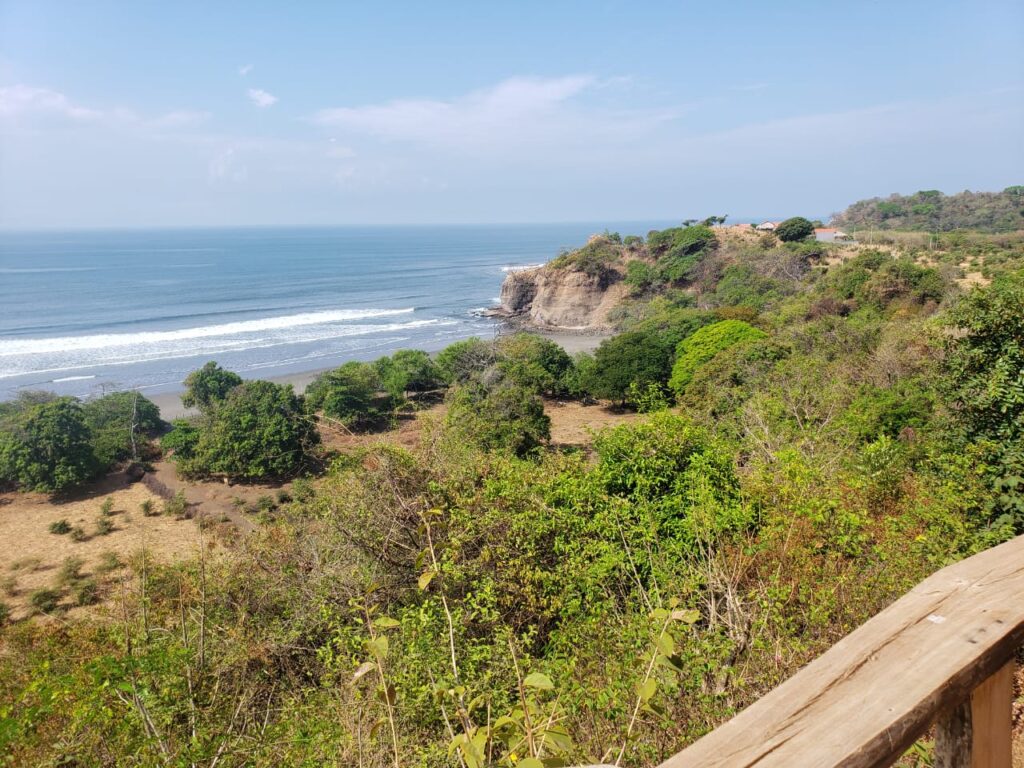 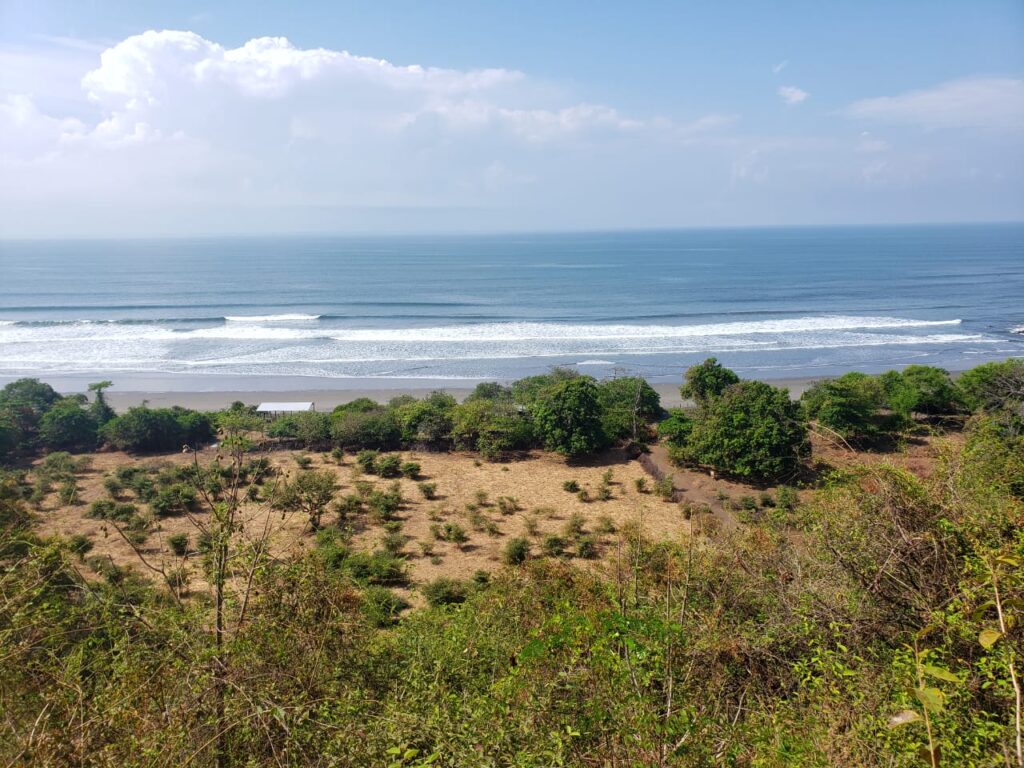 Located in the municipality of Chirilagua at 749.38 meters above sea level, it is an ideal natural attraction to practice eco-tourism due to the contact with nature, the magnificence of the landscapes that can be appreciated from here, along with the unique experience of moving between mountains.

At this site, you can hike with family and friends and enjoy the biodiversity of flora and wildlife found in the area, as well as spectacular views of the city of San Miguel, the Chaparrastique volcano, and El Jocotal lagoon.

Ready to explore these fantastic natural attractions of the Wild East?

Suppose you wish to organize a tour to these natural wonders during your stay in the Wild East. In that case, we suggest that you check with the reception staff or tour organizers of the hotel, hostel, or restaurant where you are staying, so they can provide guidance and plan a guided tour.

May consider
Back To Top